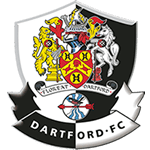 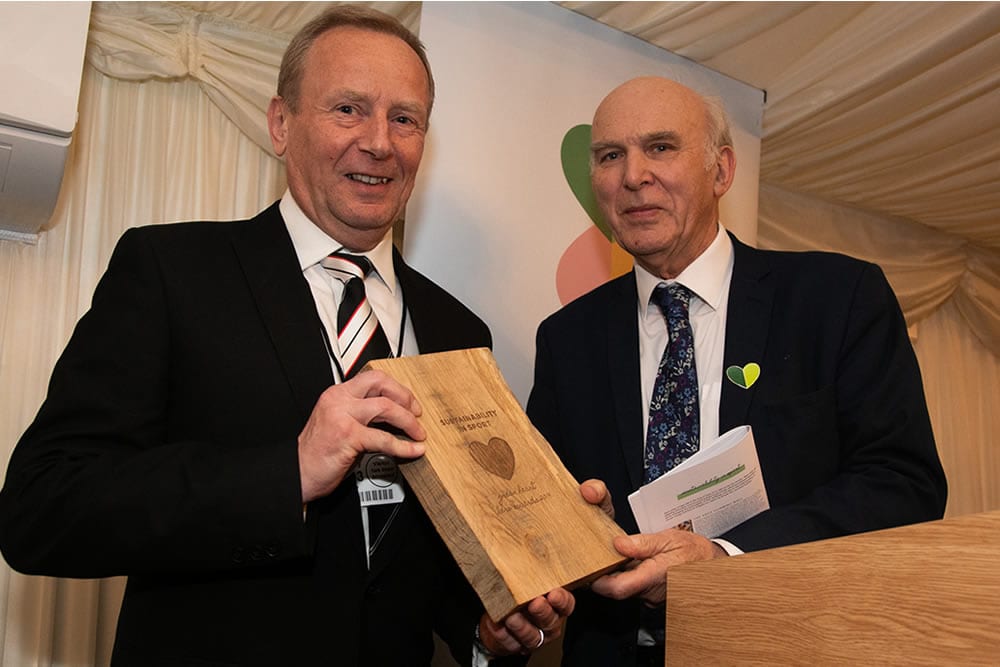 A Kent football club which boasts the UK’s first sustainable purpose-built small stadium has been awarded a Green Heart Hero award at a ceremony in Parliament.

Norman Grimes, Club Director of Dartford Football Club, travelled to Parliament to attend the awards ceremony on Monday 11 March where he received the award for the Sustainability in Sport category in recognition of his club’s work to take action against climate change.

Princes Park, the club’s home ground, incorporates a range of environmental features, such as rainwater harvesting, effective insulation and solar panels. It uses efficient underfloor heating and low energy lighting and the use of public transport to and from the ground is encouraged. The bold design also includes a green roof and stands are partially buried into the ground to preserve the landscape.

After receiving the award, Norman said:

“Dartford Football Club were honoured to receive the sustainability in sport award at the Green Heart Hero awards last night. It is fantastic recognition for the visionary work of Dartford Borough Council whose idea it was to develop a sustainable eco-friendly stadium for the club.

“The club has 42 teams playing under its umbrella and the stadium is a massive part in us aspiring to be at the heart of the community. Football often gets bad publicity so we are very keen to act as role models for aspiring footballers , parents and fans within the area, by showing them that we all need to be more active in creating a cleaner future and taking action on climate change.

“As the club establishes more links within the local community the environmental aspects of the stadium are a strong message in demonstrating what the club stands for and represents.

The awards ceremony also saw wins for Baroness Jenny Jones in the Greenest Peer category and Simon Clarke MP as Greenest MP and had the Palace of Westminster’s Terrace Pavilion at full capacity. The second annual ceremony featured an incredible audience, including over 60 MPs from across all major political parties, sport and business leaders, well known TV personalities, and inspirational community members.

The annual Green Heart Hero Awards are coordinated by The Climate Coalition, a group of more than 130 organisations – including the Women’s Institute, CAFOD, National Trust, WWF and the RSPB –  who together represent over 15 million people nationwide.

The awards ceremony followed the fifth year of the hugely successful Show The Love campaign and showcased the diversity, passion and innovation of individuals, businesses and organisations taking action on climate change.

“The Green Heart Hero Awards are the finale to a month long celebration of the things we love that could be lost forever to climate change.

“The Show the Love campaign has been turning hearts green for Valentine’s Day for the last five years and this year’s campaign has reached more hearts than ever before.”

The Climate Coalition is holding events throughout the year for people to get involved with, including a climate and environment mass lobby of parliament on the 26 June. Find out more at: theclimatecoalition.org